Think of the mountains. Their sharp ridges and open spaces radiate freedom and movement.
That’s where designer Alain van Havre found his inspiration for the Graphic collection: in a quest to add movement to the surface.

“I went back to memories of things I like,
such as the angular shapes of mountains”

For him, movement is everything.
To reproduce this feeling on a surface, he started playing with triangles and layers.
The result forms the light-catching isometric composition translated into the original Teak Graphic black sideboard and Teak Graphic black chest of drawers

Finding complexity in balance reflects well the designer’s personality.
“It is a good reflection of who I am” confesses Alain.

Motion and warmth are added by further perfecting the natural attributes of wood.
The brushed black tainted teak reveals the grain of the wood and emphasizes movement.
Paradoxically, black also has the potential to reveal light.

Sometimes, balance can be found in apparent chaos.
The intricate arrangement has been inspired by the Weisman Art Museum by Frank Gehry in Minneapolis. An intriguing dancing architecture. 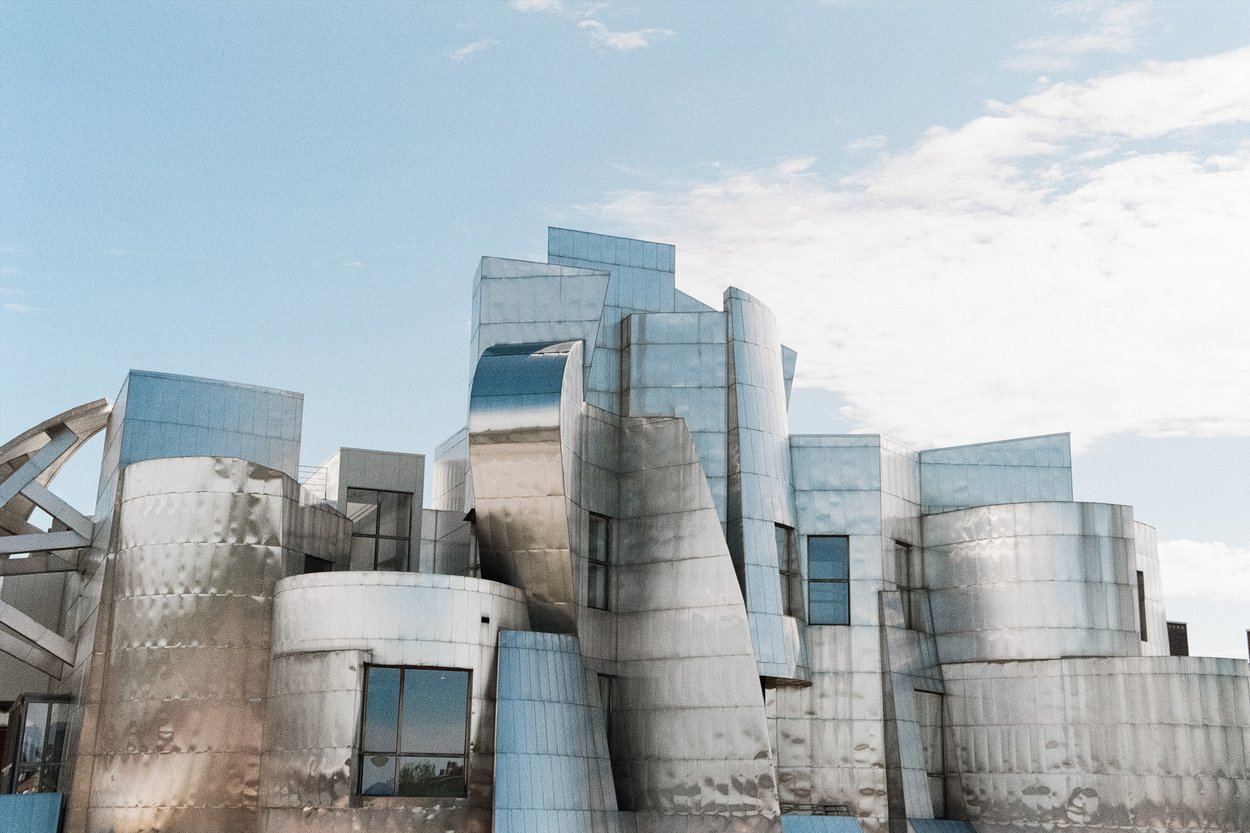 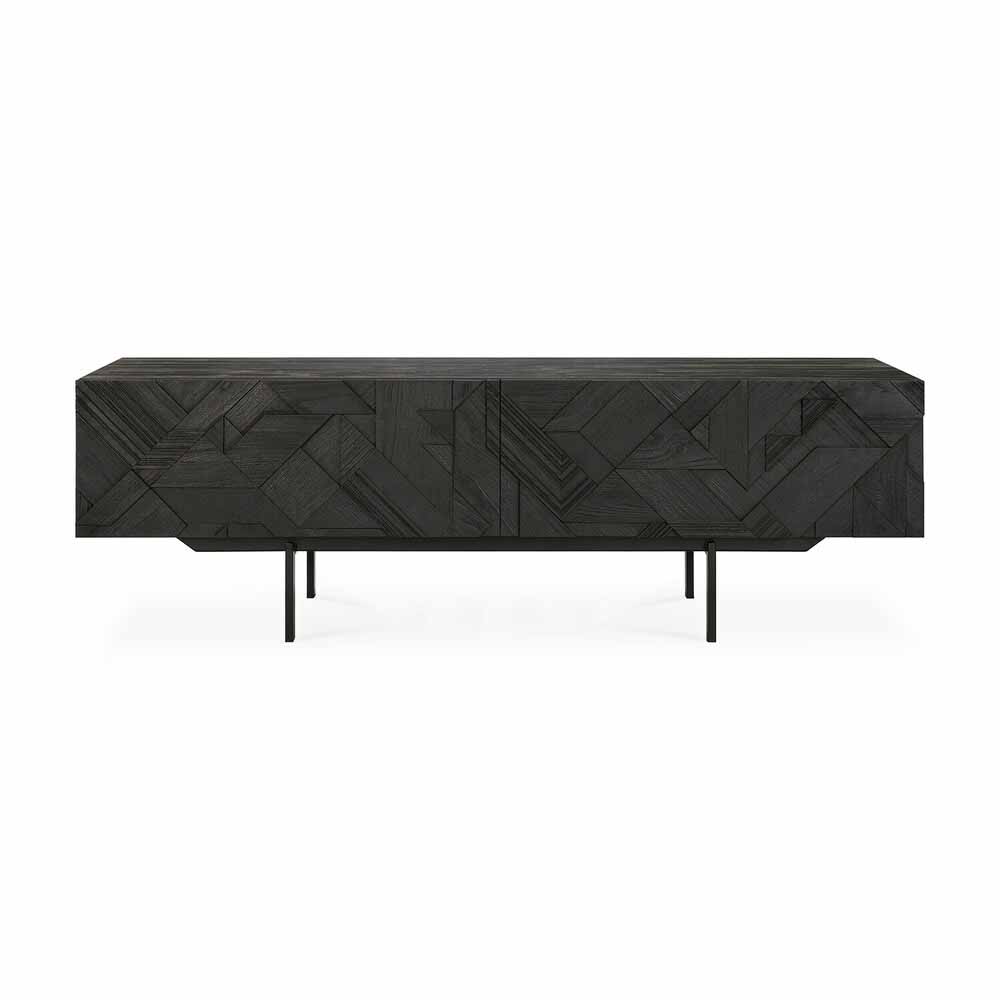 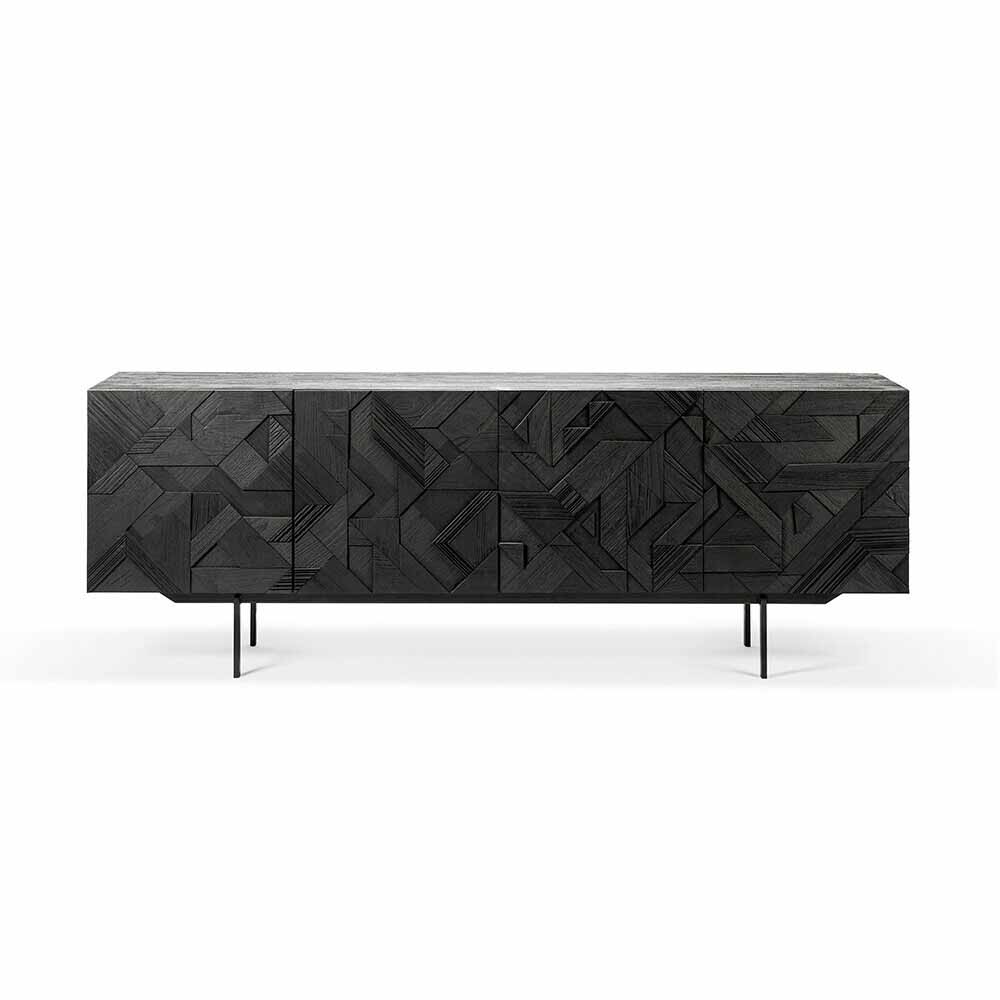 Infinite modularity with the Mellow

How to elevate your entryway

Create your own set-up with the N701 sofa

Accessories for the Holidays